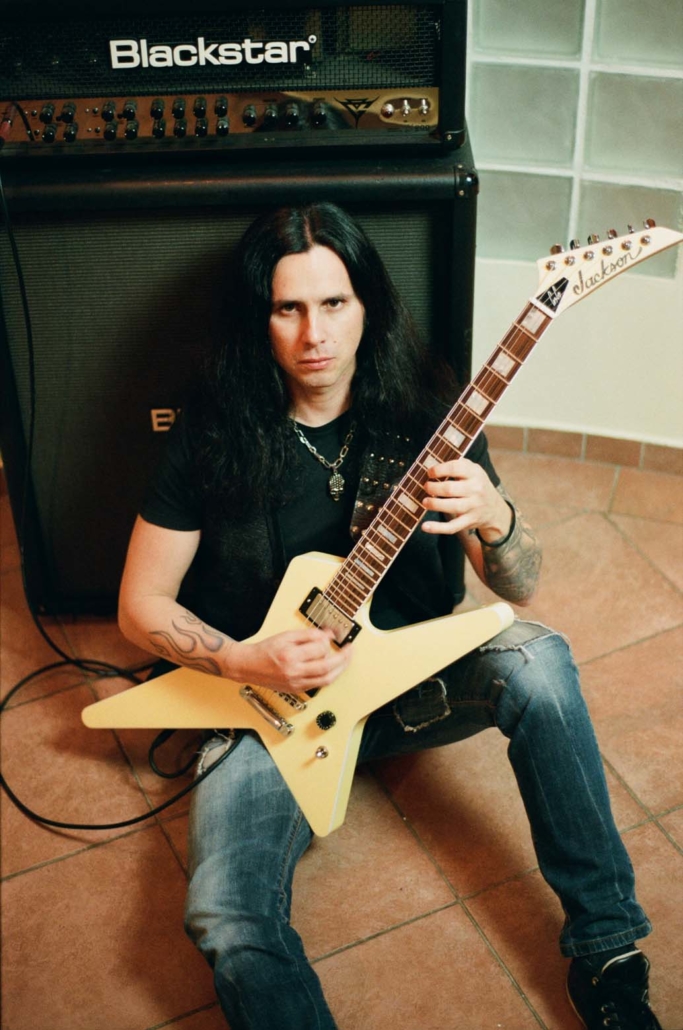 Gus G is the reason for a rapid heartbeat in a lot of guitarists world wide.

From 2009 to 2017 he was in the band of the”Prince of Darkness” Ozzy Osbourne, before that he had guest appearances with Arch Enemy, Doro and various others.

With his own band Firewind he has been releasing albums regularly since 2002.

In recent years there also have been solo releases, on which he impressively demonstrates why he is counted as one of the best rock and metal guitarists of our time.

Gus started playing guitar at the age of 8, his first attempts were at the legendary Talkbox Solo by Peter Frampton, but many other musicians and bands influenced him.

In addition to the “usual suspects” Jimi Hendrix, Led Zeppelin, Black Sabbath and many others, there are also more unusual names such as Al Die Meola or The Doors on the list.

This versatility and passion make him an exceptional musician and we are very pleased that Gus is now rocking the world with KLOTZ cables.