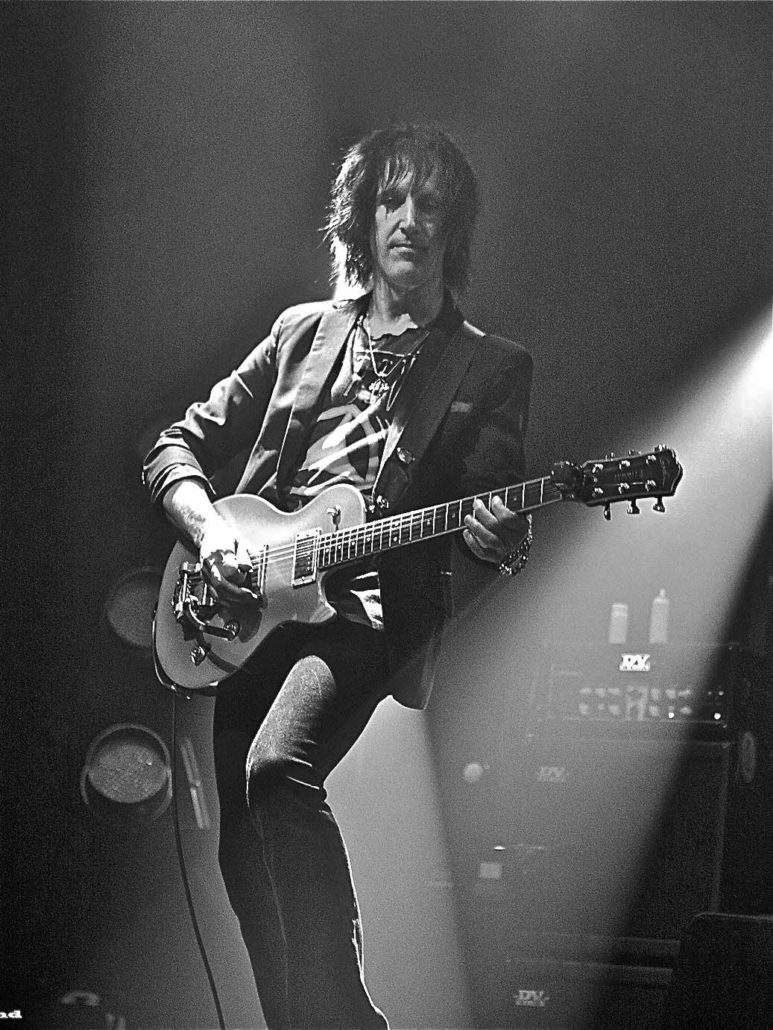 Steve Fister, hailing from Los Angeles, is a classic rock and blues side man, and also has a host of highly successful personal projects.

Steve has composed scores for the video game “Rock Band” and for TV broadcasters like NBC, VH1, MTV, Fox Sports and History Channel.

He was Musical Director for the backing band of rock goddess Lita Ford and joined her on worldwide tours supporting Bon Jovi, Yngwie Malmsteen and Poison.

Steve has a discography that includes nine solo albums, including “Live Bullets”, which reached Number 2 in the European Blues Charts.

With his current trio, The Steve Fister Electro Acoustic Band, he has played well over 250 shows in Europe supporting Joe Satriani, Walter Trout and Y&T.

A musician like Steve Fister, never stopping and permanently on the road, needs equipment that can survive this harsh life without giving in. Steve Fister’s choice is KLOTZ Cables – they make his life so much easier!

“KLOTZ Cables definitely get the best out of my live and studio rigs, delivering clear highs and well-defined bass for a sound that’s always distinct, never muddy.”