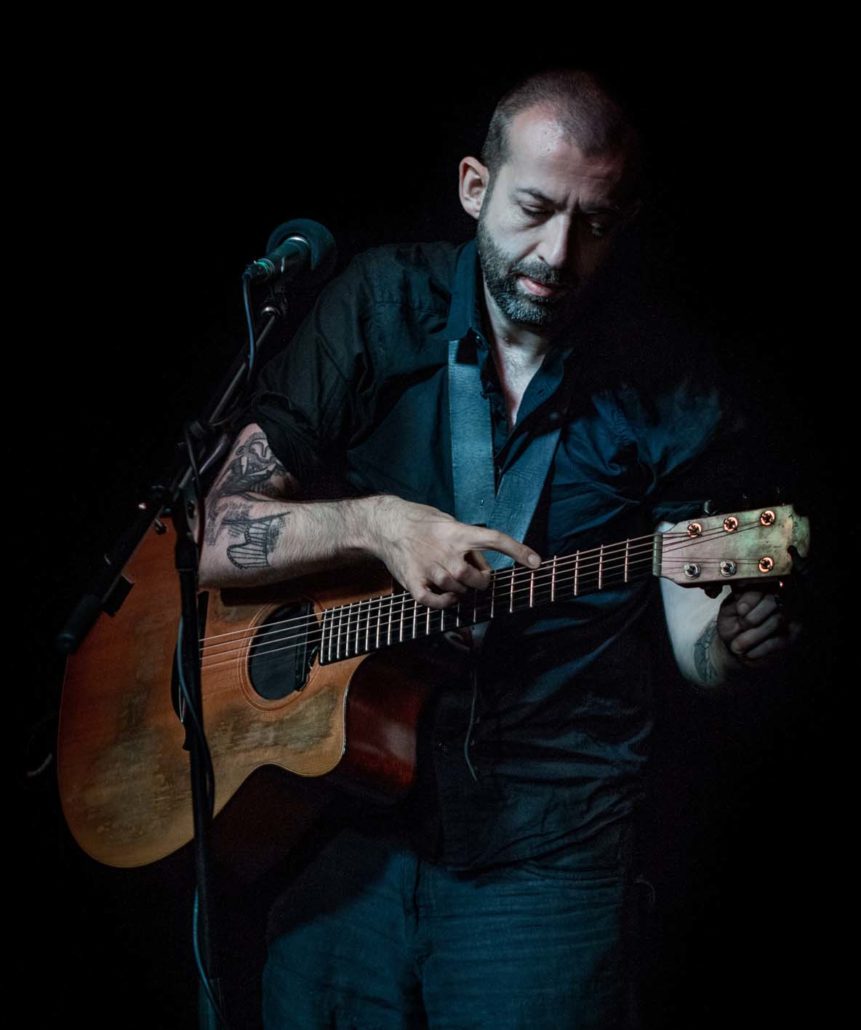 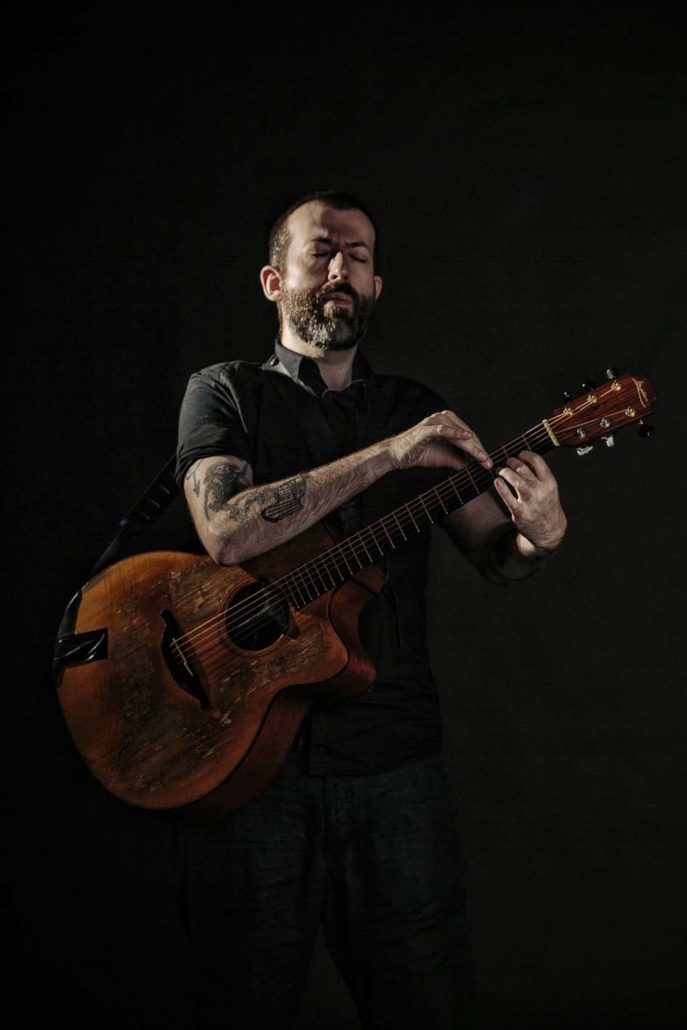 Anyone that turns down a place to study at legendary Oxford University and decides to study guitar instead must be crazy – or truly inspired. Like Jon Gomm.

And no wonder; the son of a music critic, he began to play guitar at the age of four and was accompanying his dad at gigs aged only twelve.

Jon Gomm studied guitar at the London Guitar Institute and went on to complete a jazz degree course at Leeds College of Music.

Jon financed his studies with an endless procession of live gigs, and also began to experiment on the acoustic guitar.

He has become a leading exponent of ‘percussive fingerstyle’, a relatively new but already well-established playing style in which he hits the guitar soundboard as percussion, tunes the low strings down for bass sounds, and uses high harmonics to produce synthesizer-like effects.

Jon’s great musical influence is Michael Hedges; he even has a tattoo of artwork from the cover of Hedges’ album, ‘Oracle’, on his arm.

A single tweet caused Jon’s career to take off, when actor, author and broadcaster Stephen Fry commented on the video for his song ‘Passionflower’ with a single word – “Wow!”

Jon was immediately the centre of attention in the media, featured in the press and TV.

The Northern English music magazine, ‘Sandman’, commented in amazement, “…how on earth can one man play a ‘one man band’ style so proficiently that puts full bands to shame?”

Welcome to the KLOTZ Family! 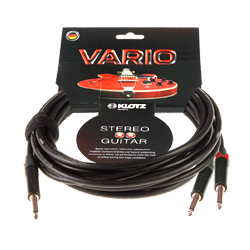