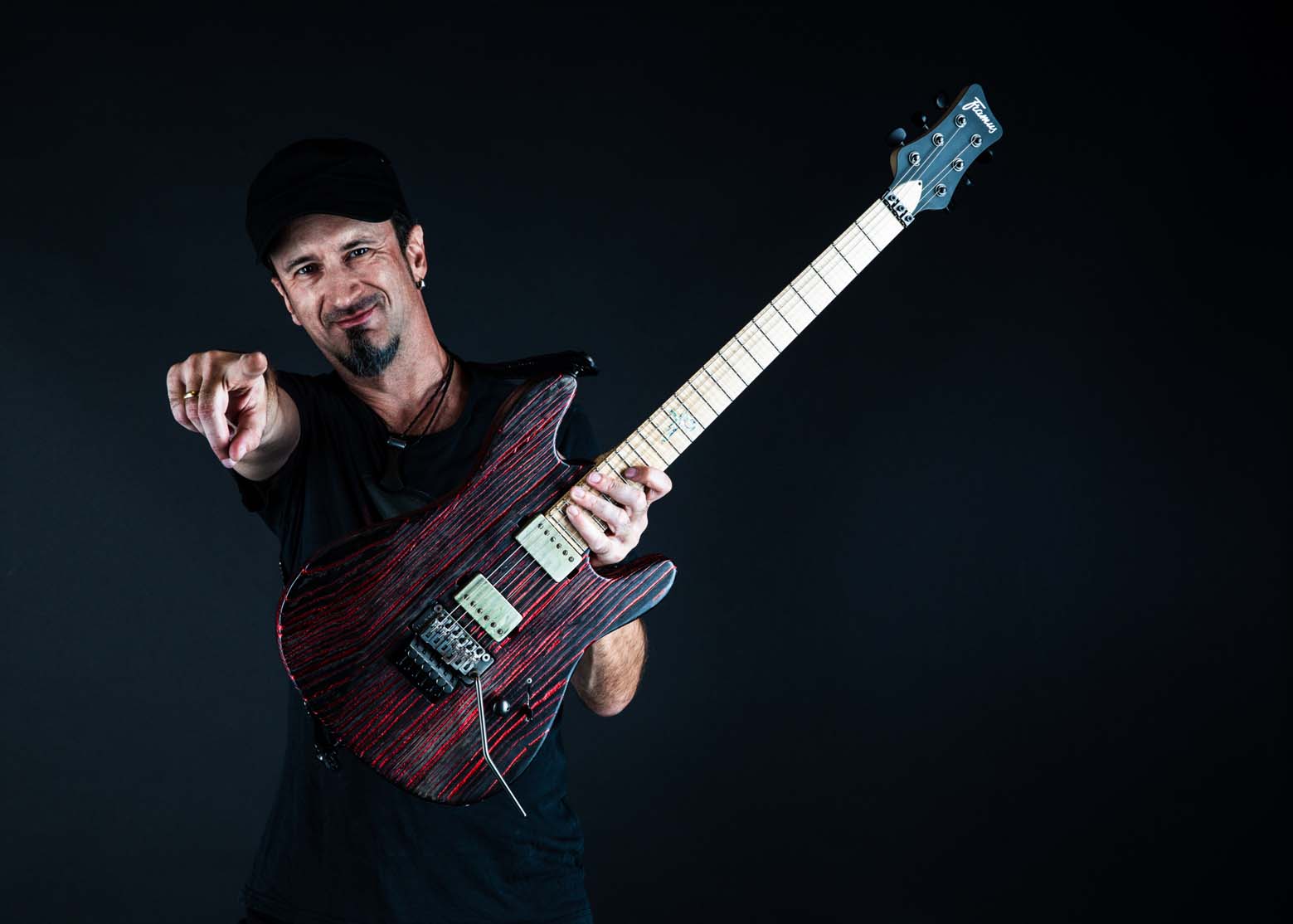 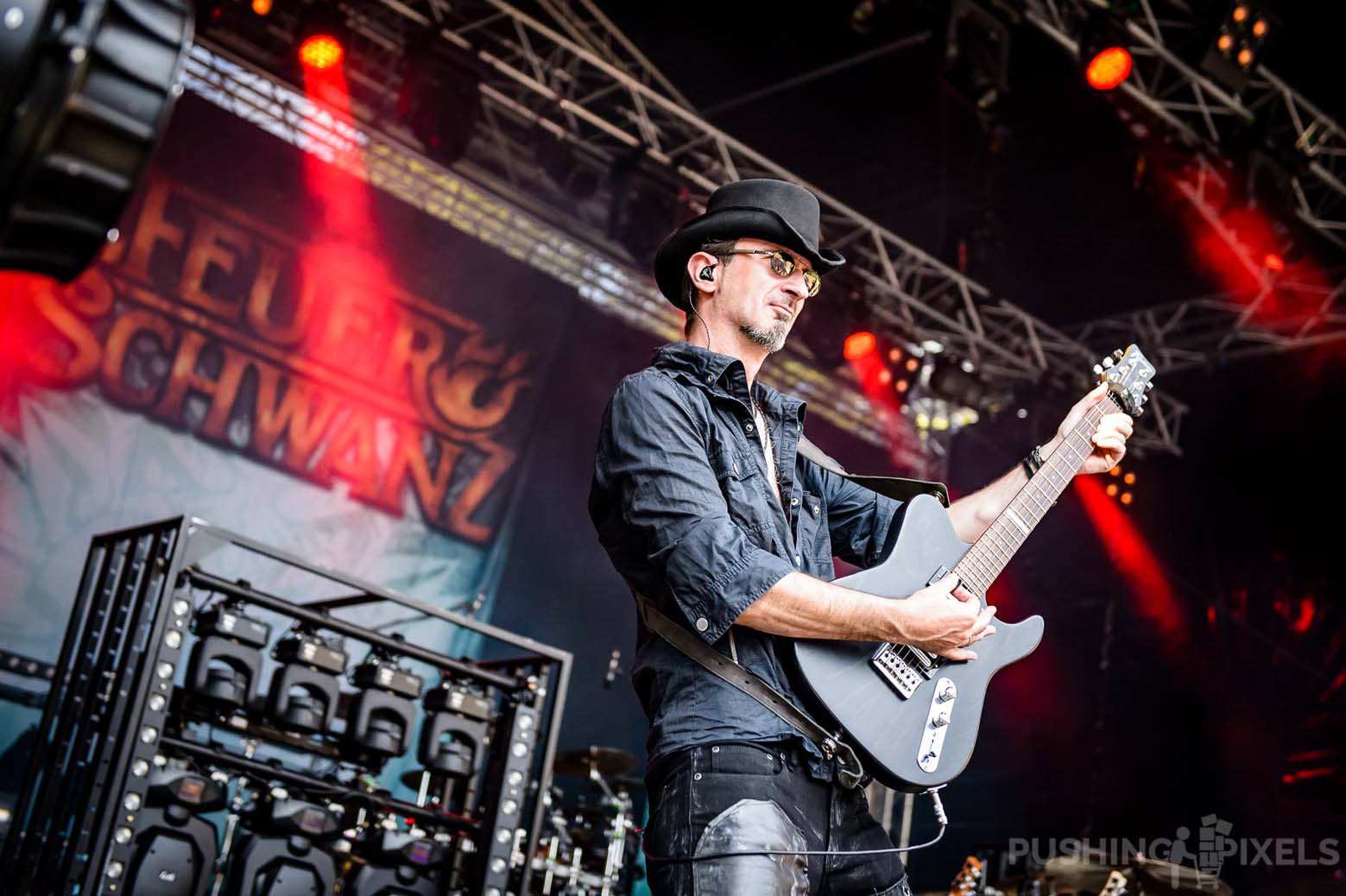 Guitar wizard Hans Platz started out by teaching himself to unlock the secrets of the music universe.

He is a seasoned stage performer, playing his first appearances when he was just 16 before honing his craft at institutions including Berklee College of Music in Boston, USA.

Hans had already notched up tours with various bands and recorded albums before becoming a member of Feuerschwanz.

The band’s superhumanly tireless touring schedule has gained them a place in the premier league of German rock and metal.

Hans can look back on a string of Top Ten chart positions and golden records with Feuerschwanz as well as with d’Artagnan, with whom he occasionally guests.

All this touring means that Hans is familiar with the major stages of the genre, including Wacken and Rock am Ring.

Hans is currently working on his second album, which will also contain a roster of stellar guest musicians.

He has his own studio, where he also works on projects for other bands, and exclusively chooses KLOTZ high-end cables for his live performances and studio work.