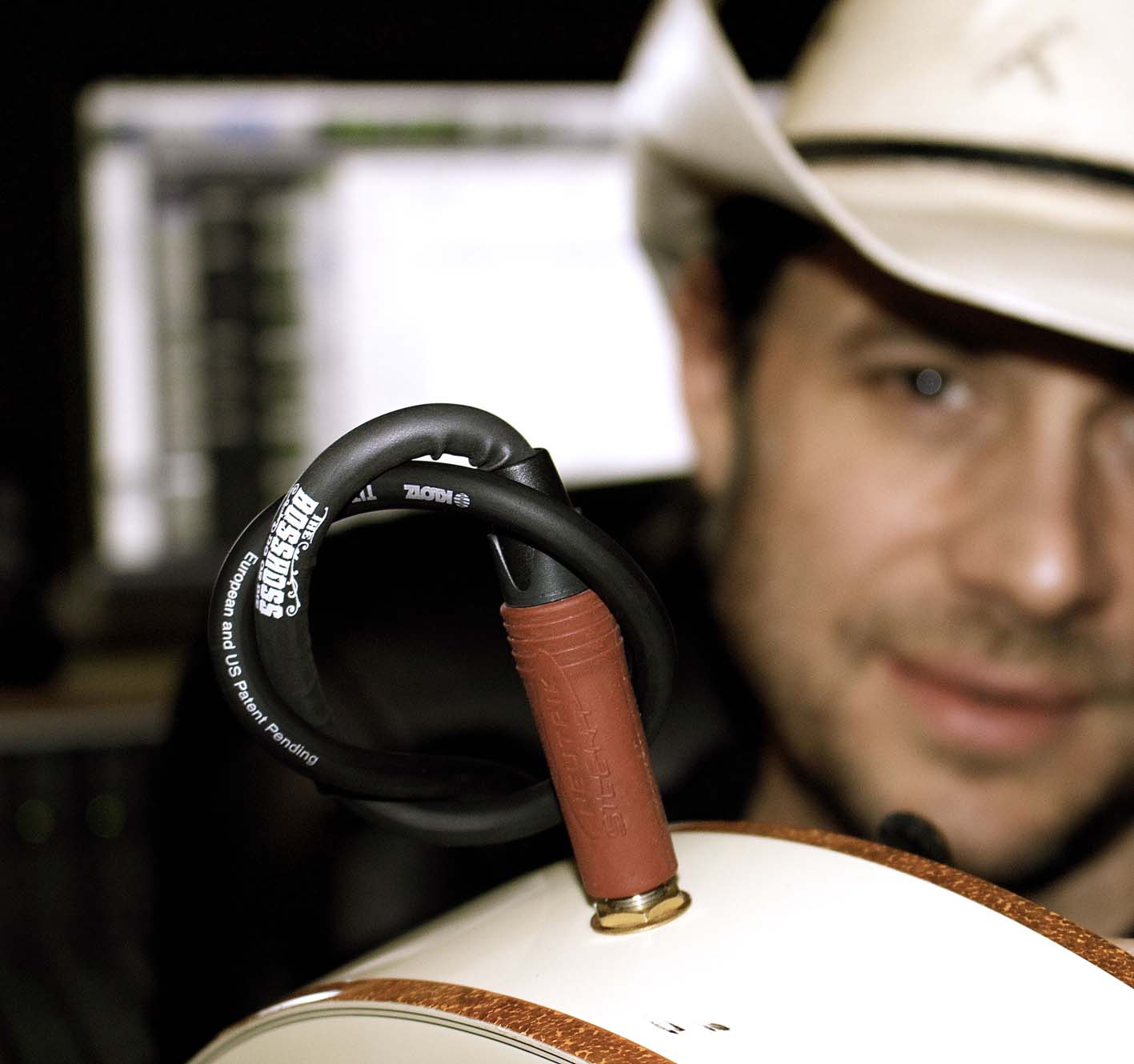 Some people can pick up any musical instrument under the sun and make music with it. Sascha Vollmer from The BossHoss is one of them. Violin, piano, bass, guitar, vocals. Any questions?

Vollmer and his long-standing musical companion, drummer Roberto Bangrazi, formed the rockabilly band Hot Boogie Chillun way back in 1992. It was a success from the start, with several single releases and tours of the USA and Europe.

But despite their critical success, the band folded and buddies Vollmer and Bangrazi moved to Berlin, founded The BossHoss and embarked once again on the hard slog through small clubs and private parties. 2004 saw a major deal with Universal Music, and The BossHoss’s country-style take on well-known songs hit the big time.

Hoss Power, Sascha Vollmer’s stage name, and his band colleague Boss Burns have been on the jury of the talent show “The Voice of Germany” since 2011. The band’s seven albums have all gone high in the charts.

A graphic designer by training, Sascha Vollmer is also involved in the album graphics, writes the majority of the songs, arranges them, mixes and produces them in the studio. The band produce not only their own music in their Berlin-based Sonnenstudio (Sun Studio), but also take on other bands and advertising soundtracks.

To be a jury member, producer and musician, you need the ability to make rapid decisions – and the right ones. In all his decisions to date, Hoss Power has always shown he favours quality. A sixth sense he also uses in choosing his cables: KLOTZ is his cable of choice!