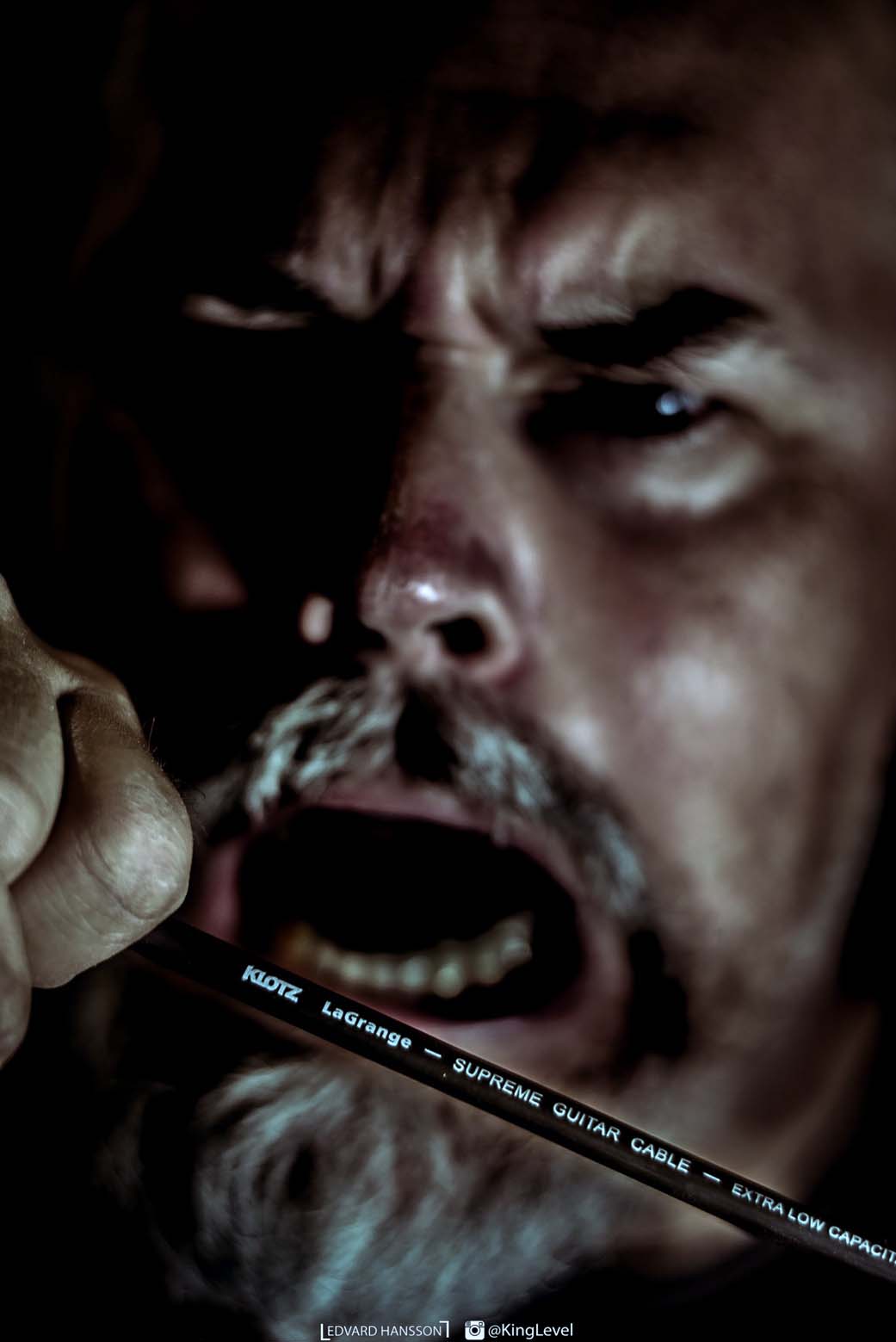 When it comes to choosing names, the hardest, heaviest metal bands are often the most creative. Frederik Thordendal’s “Meshuggah” raises the bar still further.

The loan-word from Hebrew via Yiddish is a colloquial expression for “crazy”. Not that Meshuggah’s music is designed to make listeners go crazy, but the complex, many-layered textures created by the crazy Swede will certainly make their ears sit up and take notice.

Oddball rhythms clash and intermingle seamlessly and apparently effortlessly, before reasserting their independence and merging in new metric modulations –with the thundering power that marks out the finest metal. As you’d expect from an 8-string guitar with a low, low range.

For Fredrik Thordendal, it all started back in 1985 with a thrash band. Sooner or later the influence of his jazz-loving father started to sink in.

Although Fredrik was purely self-taught and had no formal musical training, Meshuggah increasingly developed into a progressive band that strode over musical boundaries without blinking.

Powered by visceral emotion, his solos and often dazzlingly polymetric rhythms are the equal of any Allan Holdsworth in terms of complexity. Hardly surprising given his diverse musical tastes, which span Wayne Krantz and Tim Lefebvre as well as Massive Attack.

Where technology is concerned, he makes use of anything he comes across. This inventive genius resulted in a project that was unique even for KLOTZ.

The aim was to couple 32 (!) guitar amp heads with 32 speakers, using a switching system by German manufacturer Ampete. KLOTZ supplied all the cabling – which literally ran to kilometres! – for the whole system.