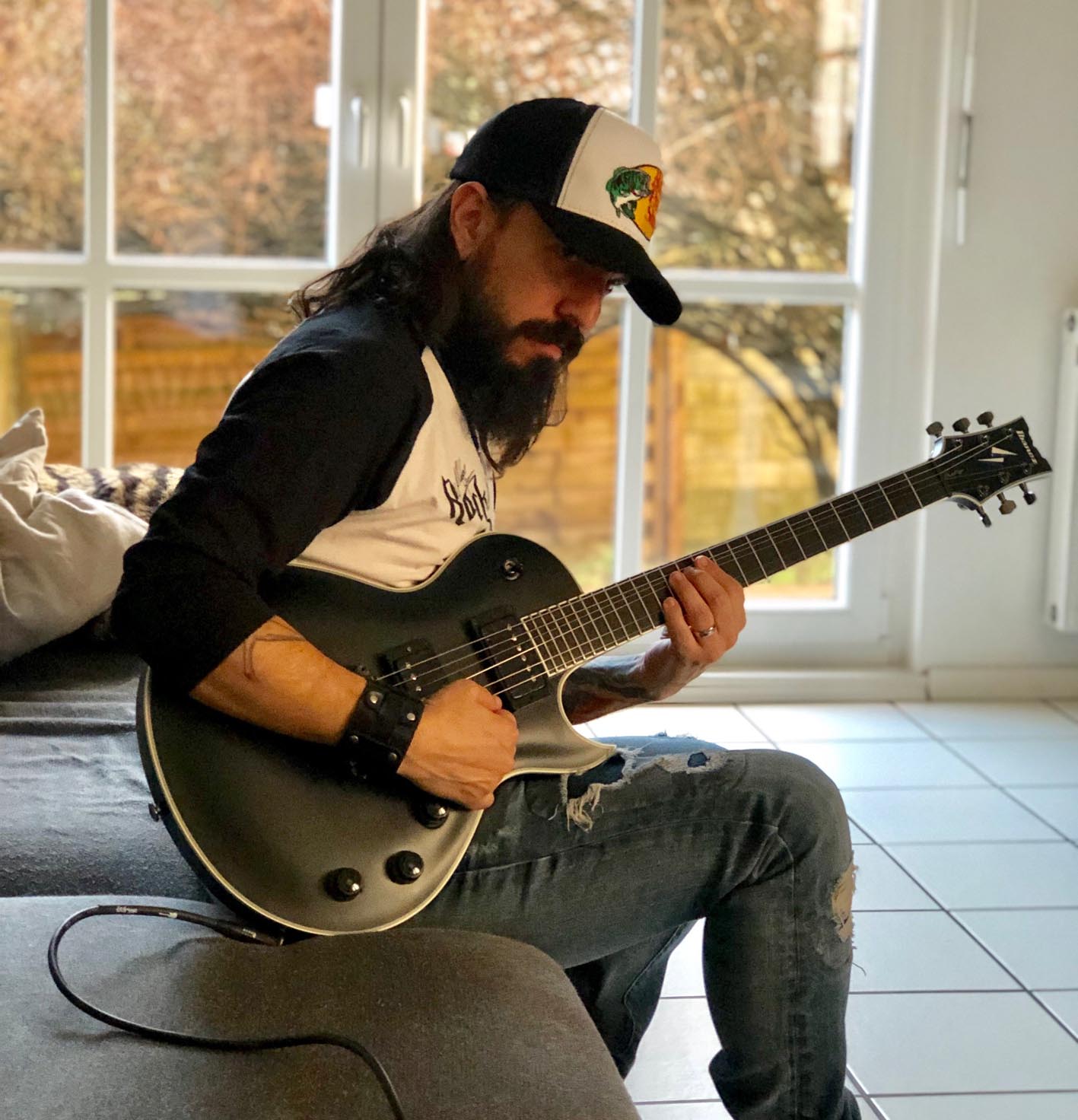 Marcos Rodríguez has rocked the great stages of the world since 2015 as part of German metalinstitution Rage.

His journey from Mar del Plata in Argentina to a diary packed with global mega-festivals has been a long one,and Marcos Rodríguez has embraced every step.

It all started in Caracas in Venezuela, where his parents emigrated when he was three.

Marcos was taught his first guitar chords by his father at the age of eleven.

In his teenage years he turned to harder stuff with a playlist of Metallica, Iron Maiden, Alice Cooper and even Queen – probably inspired by his first electric guitar, which he was given aged 15.

In 1997 his passion for music got serious when he joined local heroes Torre de Marfil. The band’s eponymous debut album and its follow-up, “El Poder Del Lado Oscuro”, earned enthusiastic reviews, but Marcos chose to pursue a longer road – to Europe and Tenerife.

His project “Soundchaser” allowed him to transform his own ideas into reality. He was hugely successful, playing strings of gigs and festivals.

On one tour he met Rage, the band that would later play such a big part in his life.

In 2014 he founded the band Diolegacy in tribute to one of the most definitive voices of all time in the metal scene, Ronnie James Dio.

When Marcos joined Rage in 2015, a dream came true for him. He brought Rage to the next level, and today the band is more successful than ever with him there as guitar wizard and co-writer.

But that’s not all; Marcos is also a producer, guest musician and songwriter for other artists.